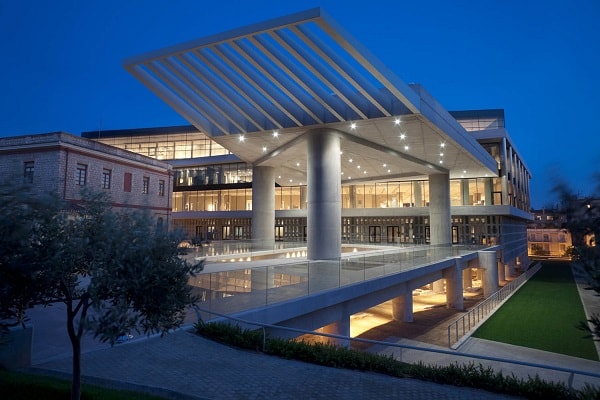 The monuments of the Acropolis have withstood the ravages of past centuries, both of ancient times and those of the Middle Ages. Until the 17th century, foreign travellers visiting the monuments depicted the classical buildings as being intact. This remained the case until the middle of the same century, when the Propylaia was blown up while being used as a gunpowder store. Thirty years later, the Ottoman occupiers dismantled the neighbouring Temple of Athena Nike to use its materials to strengthen the fortification of the Acropolis. The most fatal year, however, for the Acropolis, was 1687, when many of the building’s architectural members were blown into the air and fell in heaps around the Hill of the Acropolis, caused by a bomb from the Venetian forces. Foreign visitors to the Acropolis would search through the rubble and take fragments of the fallen sculptures as their souvenirs. It was in the 19th century that Lord Elgin removed intact architectural sculptures from the frieze, the metopes and the pediments of the building.