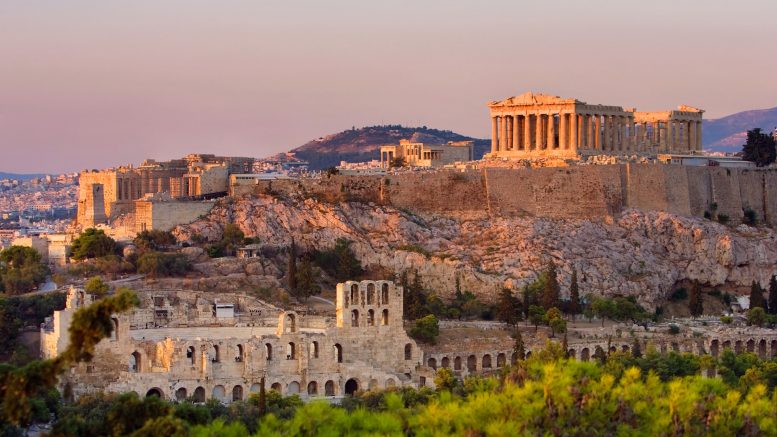 Athens is the spectacular birthplace of Western civilisation

Athens is the spectacular birthplace of Western civilisation, and cruise visitors can easily access some key sights, the most dazzling of which is the hilltop Parthenon. There are world-class museums and galleries to dip into, and an engagingly small-town air to the strollable lanes round the Acropolis. 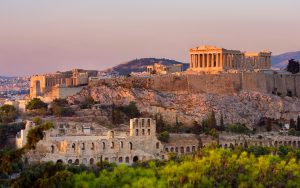 Athens is the spectacular birthplace of Western civilisation

Piraeus is the Med’s largest port, located 10km southwest of the city centre – it is technically itself a city, though it merges with the outskirts of Athens. The port is a major destination for Greek Island, Mediterranean and world cruises, accommodating 20 million passengers annually. It has 11 berths for cruise chips.

Can I walk to any places of interest?

Within spitting distance of your disembarkation point you’ll find the Piraeus Archeological Museum with its 530BC-520BC statue of a naked, ringletted Apollo, and the Hellenic Maritime Museum, a slightly lacklustre affair displaying ships’ models and a chunk of submarine. The streets round the port are lined with cafés and restaurants.

Athens is a relatively compact city so walking to explore the sights is an option, or use the cheap, clean and efficient metro service to hop quickly from one point to another, including to and from Piraeus. Keep your eyes peeled as you travel as many metro stations display intriguing subterranean archeological displays.

A new ticketing system has been introduced, with paper rechargeable tickets and plastic smartcards. Single-fare journeys are good for 90 minutes across the public transport system; kids under six travel for free, and there are half-price fares for under 18s and over 65s.

Piraeus hotels are generally on the seedy side, but there are some good options if you’d like to stay close to the port. One of the best is Phidias Piraeus, which offers a warm Greek welcome, sparkling rooms and a pretty location on a marina – they run a regular shuttle service to the dock.

Cream of the crop in the centre on Syntagma Square is the glamorous Hotel Grande Bretagne, while more affordable central options include modernist AthensWas and family-orientated Philippos Hotel, both near the Acropolis. Also close by are the Athens Studios, for style on a budget.

What to see and do

While it’s perfectly possible to make an independent trip to Athens city centre and see some sights under your own steam, organised shore excursions take the stress out of your itinerary. They give time for guided tours of the sites, photo opportunities, eating and a spot of souvenir shopping.

What can I do in four hours or less?

Cruise operators including Marella Cruises, Seabourn, Fred Olsen and Saga will pre-book four-hour Athens trips for you, which give a good condensed flavour of the city. Your guide will whisk you to the Acropolis, with time to wander round the temples and the Parthenon and soak up the city views.

From here you are driven on to the vast Temple of Olympian Zeus, which sits bang in the centre of the city and took over 700 years to build. From here the itinerary often includes the marbled Panathenaic Stadium where the Olympic Games of the modern era took place in 1896.

From here you might also have a quick visit to underground Athens and the National Archaeological Museum at Syntagma Metro Station, where you can see a 2000 year old beehive and other artefacts. Other specialist trips take you to the side streets, chapels and ancient monuments of Plaka, with a stop at the Monastiraki flea market and souvenir shops.

With a whole day you have scope to tailor-make your own trip round the city. You can make your own way into Athens from Piraeus to see the Acropolis and stroll the streets of Plaka: there are hourly suburban trains to the city (20 minutes), as well as a metro service (15 minutes) and an express bus (X96; 30 minutes). Taxis cram the dockside (from €50; 25 minutes–1hr), though if you’re returning to your ship at rush hour it’s best to avoid taking a taxi through the congested streets.

As well as the key sights above, a self-guided trip could include a stop at the National Archaeological Museum. A golden Mask of Agamemnon is one of the show-stoppers here, as well as a statue of Poseidon with arms outstretched and tiny jockey astride a leaping horse: both were discovered in the 1920s in a 5th-century BC shipwreck. The Benaki Museum of Greek art and costumes is another worthwhile stop.

Organized eight-hour excursions include Athenian democracy tours, which explore the Acropolis, the Pnyx hill where orators and politicians gathered, the Theatre of Dionysus where early tragedies and comedies were played, and the Ancient Agora, which was the social and political heart of the city.

Taking time out on a vine-shaded restaurant or bar terrace in Greece is a delight. Lunch on grilled octopus, shrimp or langoustine washed down with retsina, or tuck in to a moussaka. Ouzeries provide meze (light snacks), served up with ouzo (aniseed liqueur).

Don’t leave the island without…

Be the first to comment on "Athens cruise port guide"